An interview with Austrian Film historians Michael Omasta and Brigitte Mayr from Synema.

To discover more about the little-known Austrian actor Oscar Homolka we went straight to the experts! Michael and Brigitte have been researching, writing about and publishing books about Austrian exile filmmakers, actors, composers and cinematographers for years. We are delighted to have them back at the ACF to introduce this latest series and asked them a few introductory questions about this fascinating actor.

To celebrate Oscar Homolka the ACF hosts a series of screenings dedicated to this remarkable Austrian-born actor of theatre and television. Despite his long and diverse career Homolka is relatively unknown. Why is he such an important actor and which films is he best known for?

It’s difficult to theorize about acting … Homolka was a versatile actor and met new challenges with great ease. He started out in 1926 in silent films, made the transition to talkies and then later on from German to English language films. Legend has it, that he learned English within six weeks at least well enough to play the lead in Alfred Hitchcock’s 1936 spy thriller Sabotage – one of Homolka’s bestknown films and the opening film in this ACF series. Thereafter, he worked with highly distinguished directors, the likes of Billy Wilder, Berthold Viertel, King Vidor, Carol Reed, Guy Hamilton, Ken Russell et al. By the way, that’s the first Oscar Homolka season ever! 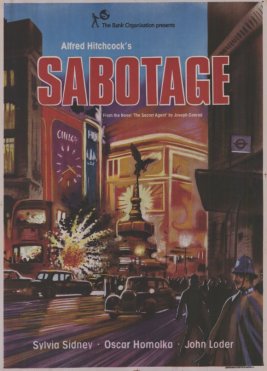 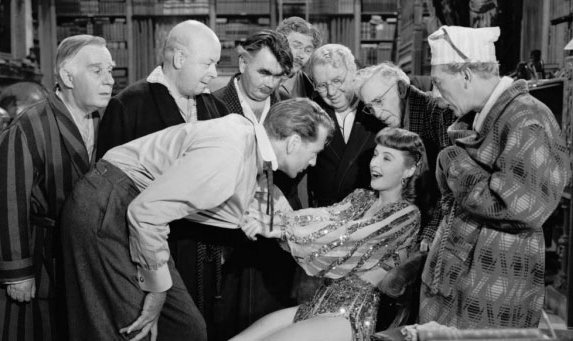 With his bushy eyebrows and air of menace Homolka was best known for playing the sinister villain. The ACF also screens films that depict him as a likable and cheerful character such as Prof. Gurkakoff in Ball of Fire. Could you tell us a bit more about this other side of Homolka?

Well, in private Homolka was a man with a good sense of humor, who loved life, women and good food, he was a socialite and respected art collector. On the screen, even when he portrayed terrifying villains there’s a touch of irony to be found – just think of his amusing perfomance as Sovjet Intelligence Officer in The Billion Dollar Brain. In the Howard Hawks film you mentioned, he is cast as one of eight hermetic encyclopedia writers childishly lovestruck by Barbara Stanwyck’s gangster moll Sugarpuss. It is only a small part, but Homolka simply was one of those rare actors who are instantly recognisable and whose strong, emphatic personalities make an impression on any part they play.

Homolka left for the US in 1939. Because of the popularity of the anti-Nazi genre German exile actors in Hollywood were mostly cast as Nazi officers, spies or tyrants. They thus had to assume the roles of people that had forced them to leave their homes in the first place. Homolka was also typecast as a foreign villain. How was he affected by this?

To begin with, Oscar Homolka made perfect use of his central European accent as a key defining attribute but he was rarely cast in the kind of “accent parts” that most of his fellow emigrees – Fritz Kortner, Peter Lorre, Conrad Veidt, Alexander Granach – had to deal with. I don’t think he ever had to play a Nazi.  It’s interesting to know, that his biggest popular success was in a comedy: the beloved, crusty Uncle Chris in I Remember Mama, a family chronicle of Norwegian immigrants to the US. He played Uncle Chris on Broadway as well as in George Stevens’ film and was nominated for an Academy Award as Best Supporting Actor in 1948.

In the 1940s Hollywood supposedly reinvented Germany as a place of villains and sadists. To which degree do you think that German-speaking actors are still typecast today?

Type-casting still exists. But today’s film industry can hardly be compared to the studio-system of the 1940s and 1950s when actors were merely considered as studio property and had hardly anything to say in creative terms. But of course “German” villains are still in high demand, just think of Christoph Waltz in the Tarantino flics. One of my favorite examples for “type-casting” though is the casting of Alan Rickman as Hans Gruber, the antagonist of Bruce Willis in “Die Hard” – Rickman, a Shakespeare-actor and perfect Englishman, playing a terrorist from East Germany! So much for Hollywood type-casting!

Click HERE to find out more about this series and book tickets for upcoming screenings.

Welcome to our blog!

On our blog you'll find all kinds of additional information about what we do: interviews with artists and curators, behind-the-scenes footage of the ACF, pictures, videos, podcasts and so on.